When I first experienced, simply BEING in nature, I realized, how much more it does than simply be the ecosystem for a lot of species.

Community is such a big part of our DNA… It’s the feeling we all long for in one way or another. It is about being truly seen, being accepted, being loved. It’s about belonging to something bigger than ourselves, living our gift to others, and seing our purpose in the world unfold.

At the end of March this year, I spent one week in the North of Sweden in the middle of nowhere together with nine other people. The only thing that we knew about each other were, that we were all interested in native lifeways and learning about Sami culture and crafts. read more

This is the third and last part of a three part series about nature connected rituals for the end of the year. If you want to learn more about the closure of the past and start of the new year, you will find that in part 1 – closing nights and part 2 – winter solstice. There is also a german version of this post.

The rawly nights (Rauhnächte) have regained their popularity the last few years. Many people are searching for instructions or guidance on how to spend those nights, what they tell us, which rituals can be used. This post should offer you an attunement and some ideas on how to do that. I do however also want to offer the perspective, not to have to follow any instructions, but to really listen to your inner voice of what is important right now. For this, you need to be really quiet and calm, but it might be worth it. read more

This is the second part of a three part series about nature connected rituals for the end of the year. If you want to learn more about the closure of the past and start of the new year, you will find that in part 1 – closing nights and part 3 – rawly nights. There is also a german version of this post.

This year, the shortest day and longest night of the year is on the 21st of December. This doesn’t only mean that – according to the calendar – now the Winter starts. It means so much more. read more

This is the first part of a three part series about nature connected rituals for the end of the year. If you want to learn more about the closure of the past and start of the new year, you will find that in part 2 – winter solstice and part 3 – rawly nights. There is also a german version of this post.

On December 8th, the locking nights (Sperrnächte) started. They are the lesser known harbingers of the longest night of the year and the following rawly nights (Rauhnächte). But where does this tradition come from? And what do we actually do in that time? read more

I do like the motto of the Stark family in the Game of Thrones books, and I do like winter, but the season have been in transformation for some time now. This year, winter seems to be especially undecided. At christmas it had +15°C, only a few days later it was below 0 and looked like this: Only a week after that, it was sunny and warm again. I read a while back in a book called “The Vanishing Face of Gaia” (by James Lovelock) that the climate change will result in extremes. I guess that means that not only are spring and fall cut short, but also during the seasons the temperature changes rapidly and unpredictably in any direction. No adaptation periods. I can only guess, but this can’t be good for neither plants, animals or any other living creature. Well, we’ll see what’s to come when it’s here… What did you notice about the weather and climate in your area?

I’m in love! When I first layed eyes on him about two weeks ago, it felt like time stood still and the only thing that mattered was this moment and him and me. I was walking with a friend and had to stop mid-sentence – my head was blank in awe. It was a perfect moment!

He’s quite a bit older, tall and perfect! I wanted to see him the next day, but my schedule didn’t allow it until yesterday. That wasn’t easy! I waited to mention that news here until I could show a picture as well. It will never do him justice, but I couldn’t not share the picture with everyone! So, as you see, I’m in love with a tree :-). He’s a maple-foliated sycamore tree that must be a few hundred years. You would need at least three people to hug him. There is so much I still can learn from that tree and from all the others. My first lesson: patience 😉 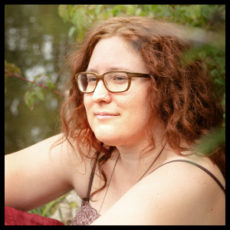