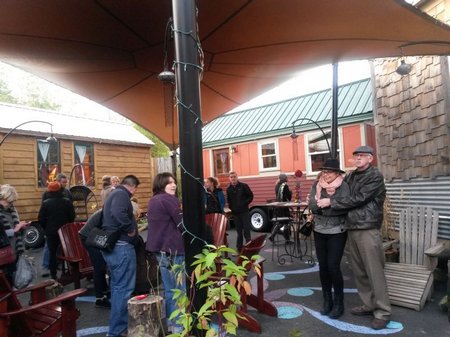 As I mentioned in my last post, I was in the Pacific Northwest at the end of last year. One of the stops was to Portland, Oregon, which is widely known for its big Tiny House community. But when I heard that there are about 6000 Tiny Houses in that area, I was really surprised about the number. Before I had come to Portland, I wasn’t aware, of how big that Tiny House Movement in the U.S. really is. There are two or three different regular shows on TV covering that topic, from following a person or family in their journey to get their very custom-fit amazing Tiny House, to realtors specialized in “Tiny”, looking for tiny and small houses to buy.

While I dove into the scene, I learned that some definitions are more strict than others. A “Tiny House” to a lot of people is not just a very small house, but specifically a small house on wheels. Others just use it for all kinds of very small houses, even tiny appartements. The Tiny House Movement is not just about choosing the size of your home, it’s also (at least most of the time) a social statement. It’s about questioning the current house sizes and all that it entails, simplifying your life, getting out of (or as a precaution not to get in) debt, being able to move without having to give up your house, and probably many more other reasons. But even though everyone has a different reason for joining the Tiny House Community, it still feels like a bonding aspect that really forms a global (sub)community. This inspired me to look a little closer at the Tiny House Communities in Europe, which merits a separate blog post 🙂

During my trip I was able to visit the Portland Tiny House Hotel “Caravan “, which is actually just an old parking lot with currently 6 Tiny Houses arranged in a circle and a small communal area with a fireplace in the middle. Even though it’s not especially cheap to spend a night in one of the houses, it is a great (and relatively cheap) opportunity to try out living in one of them, and maybe even finding out some details of what you really need or don’t need in your own Tiny House. At the Tiny House Hotel tour I met a Portland resident living in a Tiny House named Lilypad . She was very gracious and showed me her tiny magical amazing universe. It is relatively unusual compared to most of the other Tiny Houses I know, because it has two lofts, both accessible by stairs (not with a ladder). She really created a space with 5 different areas that feel like rooms, making it feel a lot more spacious. The thing that made all the difference was the roof, that was high on one side and a little curved on the other. Having that instead of a gable gives you about twice the headroom (to the sides) in the lofts.

A lot is said about why going Tiny is great, some voices are already countering it. For me, it always depends on your goal. What are you willing to give up? What are you longing to gain? It’s a very vital part of going tiny that should be asked in the beginning. But I believe if those balance each other out, you’re good to go. How about you? What do you think is the most important question to ask when going Tiny? 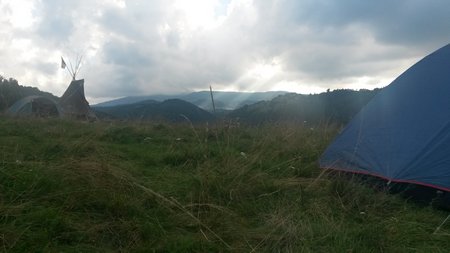